As the news section covers it, Bentley’s Flying Spur is going to make a debutant entry at the Power on Ice Event 2014 going to be staged at Finland. Luxury Sedan is definitely going to be one of the great attractions for people to view and this event would not only give much exposure to the vehicle, it is going to be a Mega launch pad for the sedan. With the participation of Juha Kankkunen a four time World Rally Champion, who would put the luxury sedan of 6.0 litres W12 to an exciting driving test, with challenging circuits that would be carved on frozen lakes, the response is expected to be tremendous. 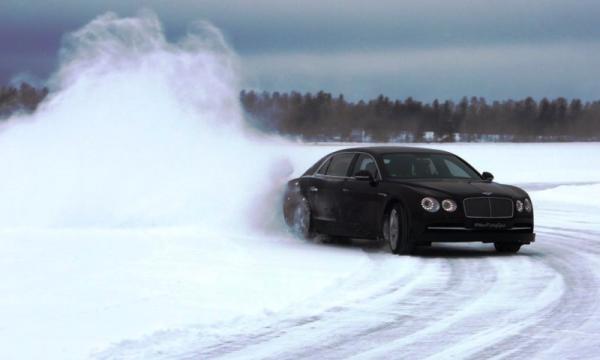 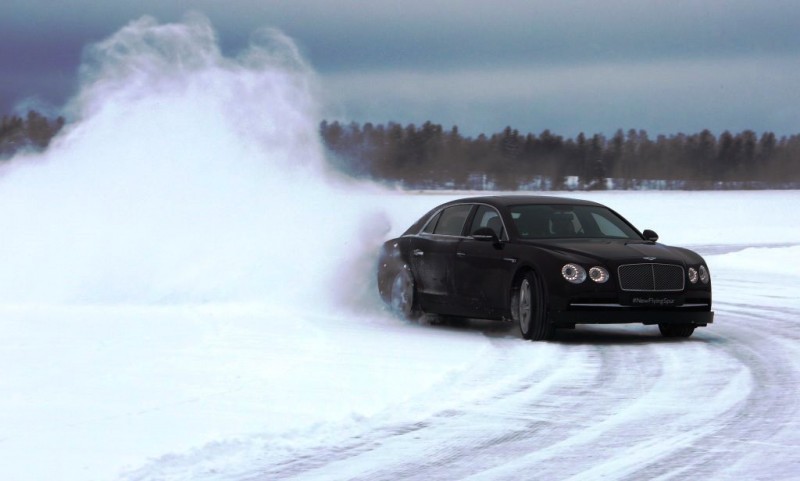 As per Kankkunen’s comment, he has broken two-ice speeding world records, being supported for the same by Bentley, he knows that these amazing cars can help him achieve what he wants, with the timing and speed just fine tuned to meet perfection. Luxury sedans are sculpted and modernized to offer finesse and convenience of driving under severely harsh, jittery winters   even when the roads are far away and the driver of the sedan has to make it anyhow!

Kankkunen furthermore suggests driving the Flying Spur across the ice base would instill car drivers’ confidence in the vehicle due to the safety factor that comes straight from the all-wheel drive system nourishing everyone with a great optimistic thought.

Photo 2: Bentley’s Flying Spur is a star attraction at the Ice Event

Luxury sedan Flying Spur has joined the bandwagon of Bentley Continental GT sedans in Finland. Juha has initiated the move to work closely with Bentley’s trainees while On the Job under training environments tutored by driving experts, allowing all the drivers to make use of a wider range of their driving skills under any type of driving conditions. Sedans have been engineered with this idea in mind only.

This four day adventure would be a great opportunity given to the car enthusiasts to drive Bentley, under severe conditions, romancing with the thrilling adventure to give them immense satisfaction, enthralling them fully.